Next week, we will make an update so that leaving a match will impact both Matchmaking Rating and Current Rating. We’ve received a great deal of player feedback indicating that losing only current rating has not been enough of a deterrent to leaving, and leaving is highly disruptive to the Solo Shuffle experience.

We have several changes coming in 10.0.5 to improve how our system handles players who leave matches: 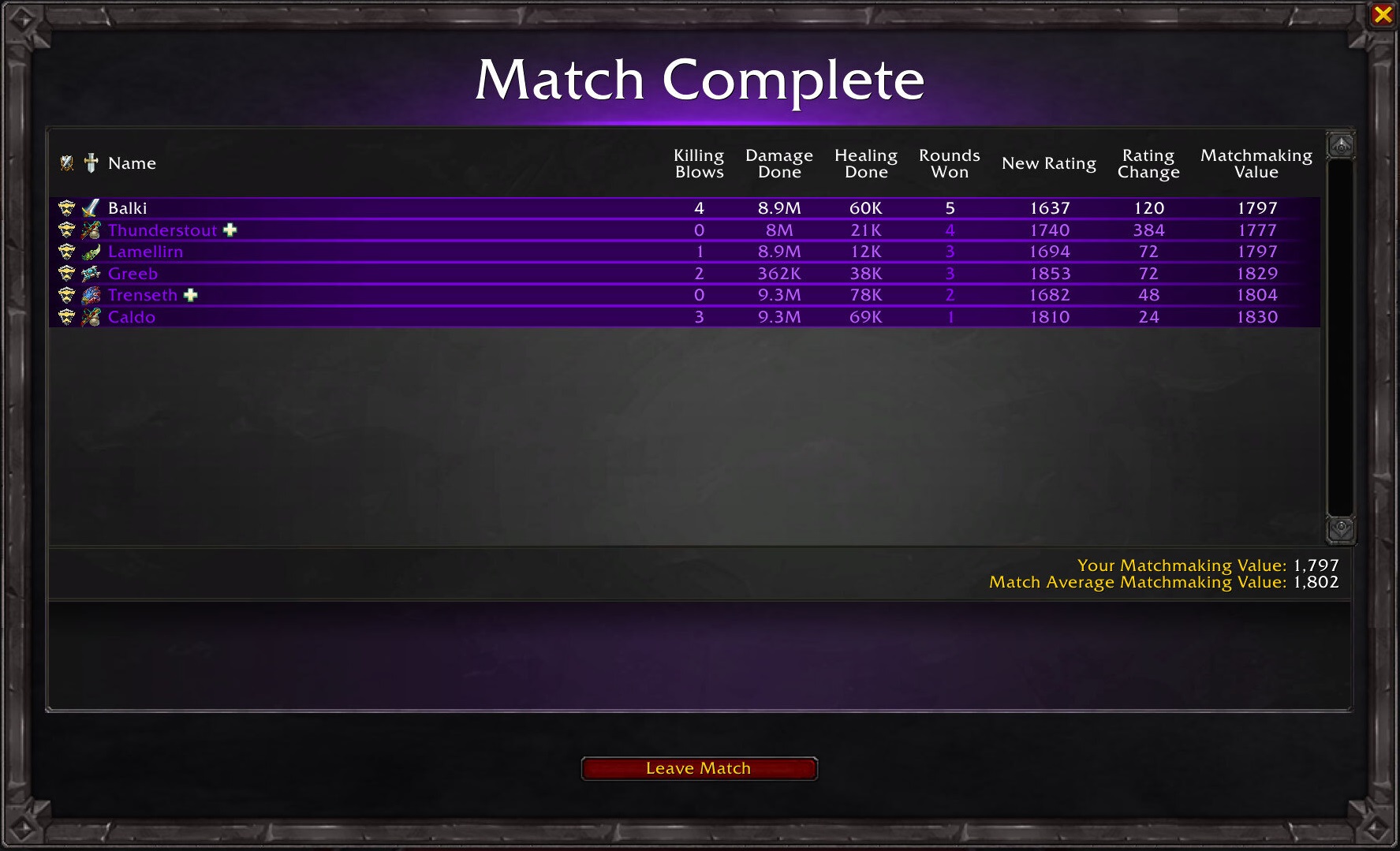 Players who leave excessively will be subject to account review and suspensions, as abandoning matches repeatedly is a violation of the terms of service via exploiting functionality to the detriment of the game environment and the intended player experience.

Looking to the future, we’re actively discussing options we might take to incentivize more healers to queue for Solo Shuffle to reduce the queue time for the damage role. This includes ways to make Solo Shuffle gameplay a more fun, rewarding experience for healers. We do not have anything to share about that right now, but in addition to leavers, it’s a foremost concern for the team.

We’re also looking into improving the UI further for both those in-queue and those who are about to queue.

As a team, we’re excited about Rated Solo Shuffle and we’re looking to iterate and improve on it in future patches. Your feedback has been valuable and greatly appreciated.

Thank you very much!